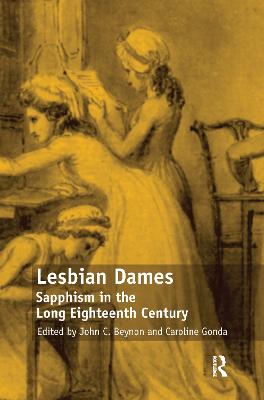 How are romantic and erotic relationships between women represented in the literature of the long eighteenth century? How does Sapphism surface in other contemporary discourses, including politics, pornography, economics and art? After more than a generation of lesbian-gay scholarship that has examined identities, practices, prohibitions and transgressions surrounding same-sex desire, this collection offers an exciting and indispensable array of new scholarship in gender and sexuality studies. The contributors - who include noted writers, critics and historians such as Emma Donoghue, George E. Haggerty, Susan S. Lanser and Valerie Traub - provide varied and provocative research into the dynamics and histories of lesbianism and Sapphism. They build on the work of scholarship on Sapphism and interrogate the efficacy of such a notion in describing the varieties of same-sex love between women during the long eighteenth century. This groundbreaking collection, the first multi-authored volume to examine lesbian representation and culture in this era, presents a diversity of theoretical and critical approaches, from close literary analysis to the history of reading and publishing, psychoanalysis, biography, historicism, deconstruction and queer theory.

Other Editions - Lesbian Dames: Sapphism in the Long Eighteenth Century by Caroline Gonda

A Preview for this title is currently not available.
More Books By Caroline Gonda
View All