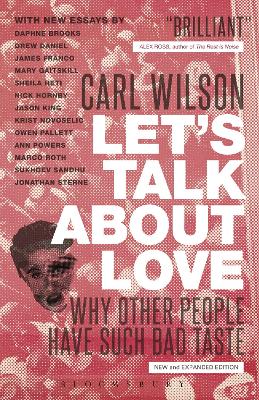 Why Other People Have Such Bad Taste

For his 2007 critically acclaimed 33 1/3 series title, Let's Talk About Love, Carl Wilson went on a quest to find his inner Celine Dion fan and explore how we define ourselves by what we call good and bad, what we love and what we hate.

At once among the most widely beloved and most reviled and lampooned pop stars of the past few decades, Celine Dion's critics call her mawkish and overblown while millions of fans around the world adore her "huge pipes" and even bigger feelings. How can anyone say which side is right?

This new, expanded edition goes even further, calling on thirteen prominent writers and musicians to respond to themes ranging from sentiment and kitsch to cultural capital and musical snobbery. The original text is followed by lively arguments and stories from Nick Hornby, Krist Novoselic, Ann Powers, Mary Gaitskill, James Franco, Sheila Heti and others.

In a new afterword, Carl Wilson examines recent cultural changes in love and hate, including the impact of technology and social media on how taste works (or doesn't) in the 21st century.

Other Editions - Let's Talk About Love by Carl Wilson 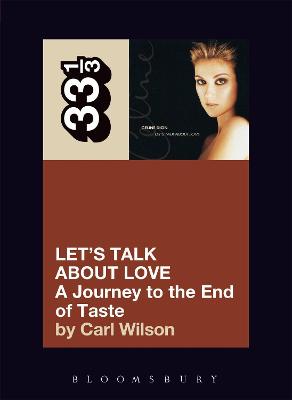 A Preview for this title is currently not available.
More Books By Carl Wilson
View All