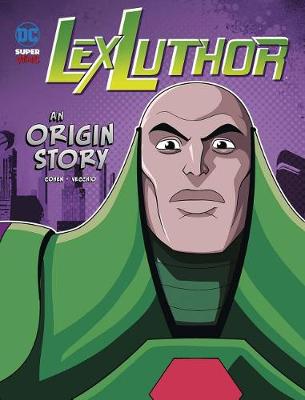 How did Lex Luthor become Superman's archenemy Discover the story behind this villain's journey from businessman to madman including the source of his Kryptonite-fueled battlesuit. With action-packed illustrations and easy-to-follow text these early reader books are perfect for super hero fans and super-villain fans alike.

Written and illustrated by official award-winning DC Comics authors and illustrators Never-before-told facts about DC Comics worst villains Perfect for fans of Batman Superman and other DC Super Heroes made famous by comics film and television.