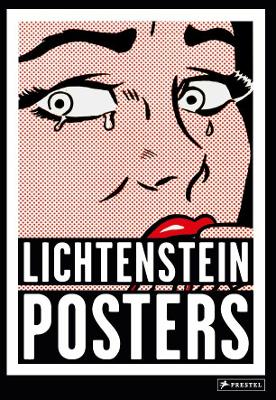 Now available in a paperback edition, this collection of 68 full-colour reproductions focuses solely on Roy Lichtenstein's masterful Pop posters, dating from 1960 to 1997. Roy Lichtenstein's art is most recognisable for its trademark benday dots and two-dimensional planes, cartoonlike qualities that placed him at the forefront of the American Pop art scene. With its emphasis on consumer culture, Lichtenstein's style lent itself easily to the poster genre. This volume opens with his earliest poster, designed for his first exhibition at Leo Castelli Gallery in 1962, and closes with his last, which he completed the year of his death. An additional section features reproductions from the Claus von Olden collection and includes posters and flyers that were produced all over the world using Lichtenstein's iconic motifs. The works reflect Lichtenstein's prolific imagination and ability to adapt his vision to the promotion of music and film festivals, theatrical performances, museums, restaurants, and public service messages as well as his own exhibitions. An essay by Jurgen Doring expounds upon Lichtenstein's development as an artist who blurred the boundaries between lowbrow and highbrow art. The book also includes an illustrated biography of the artist. AUTHOR: Jurgen Doring is Head of the Department of Graphics and Posters at the Museum fur Kunst und Gewerbe in Hamburg, Germany. SELLING POINTS: . Roy Lichtenstein (1923-1997) was an American pop artist. During the 1960s, along with Andy Warhol, Jasper Johns, and James Rosenquist, among others, he became a leading figure in American art. His work defined the premise of pop art through parody. His work was influenced by popular advertising and the comic book style. . This book includes all of Lichtenstein's pop art poster work from 1960 to 1997. 206 colour images

A Preview for this title is currently not available.
More Books By Jurgen Doring
View All