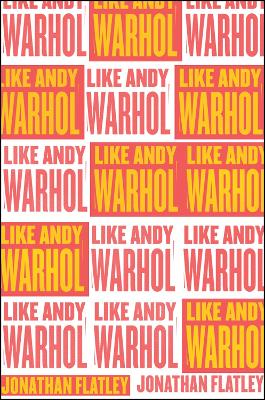 Scholarly considerations of Andy Warhol abound, including very fine catalogues raisonne, notable biographies, and essays in various exhibition catalogues and anthologies. But nowhere is there an in-depth scholarly examination of Warhol's oeuvre as a whole-until now.

Jonathan Flatley's Like Andy Warhol is a revelatory look at the artist's likeness-producing practices, not only reflected in his famous Campbell's soup cans and Marilyn Monroe silkscreens but across Warhol's whole range of interests including movies, drag queens, boredom, and his sprawling collections. Flatley shows us that Warhol's art is an illustration of the artist's own talent for "liking." He argues that there is in Warhol's productions a utopian impulse, an attempt to imagine new, queer forms of emotional attachment and affiliation, and to transform the world into a place where these forms find a new home. Like Andy Warhol is not just the best full-length critical study of Warhol in print, it is also an instant classic of queer theory.

A Preview for this title is currently not available.
More Books By Jonathan Flatley
View All