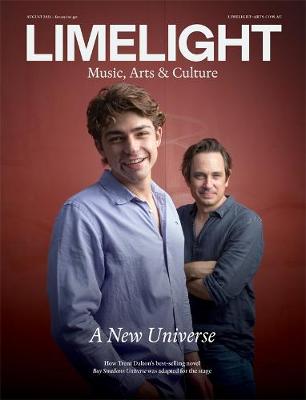 Feature- Film Music. In 2021, Melbourne Symphony Orchestra records Nigel Westlake's soundtrack for the film Blueback, based on the Tim Winton novel, for ABC Classic. We take a look at the state of Australian film music composition - the challenges, the success stories, and what makes an effective film score.

Feature- River. Following the huge success of Mountain, the Australian Chamber Orchestra undertakes another musical and cinematic odyssey with the same creative team, this time exploring rivers. Discover what went into making this extraordinary project, with its tale of humans and nature as partners and adversaries, and a score featuring music by Richard Tognetti, Bach, Vivaldi, Ravel and Jonny Greenwood.

Interview- Gemma New. The New Zealand-born conductor makes her Sydney Symphony Orchestra debut this month with a concert featuring Sibelius and Tchaikovsky. Now based in the US, we get to know the young conductor, who is regarded as a rising star.

On Stage, On Air and Online- We preview live performances, livestreams, cinema screenings, digital events and radio highlights to look out for this month.