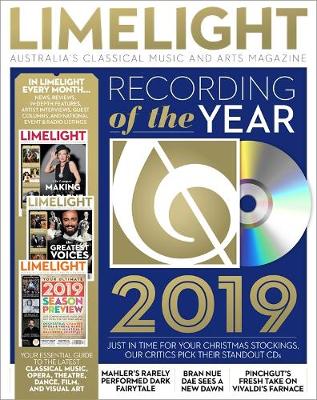 Limelight is a unique publication dedicated to classical music and the arts, featuring informed, lively news, features and reviews, at home and abroad.

Interview- Fresh from winning an International Opera Award for its production of Hasse's Artaserse, Pinchgut Opera's Artistic Director Erin Helyard tells us how the company will bring its own unique touch to Vivaldi's little-seen opera Farnace.

What's on- live performance and radio highlights for December 2019.