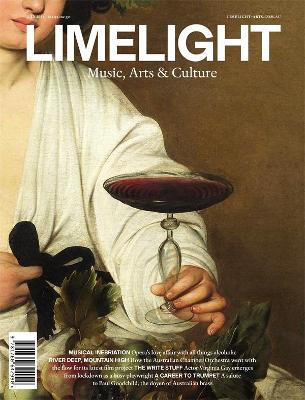 Cover story- In 1980, The Australian Ballet opened a production of Anna Karenina based on Tolstoy's turbulent, tragic novel with choreography by Andre Prokovsky to music by Tchaikovsky. Forty years on, the company stages a very different version by former Bolshoi Ballet dancer Yuri Possokhov to a specially commissioned score by Ilya Demutsky. We explore the makings of a passionate ballet with opulent costumes and cinematic staging.

Feature- The 1986 opera Voss by Richard Meale and David Malouf was described by Limelight as "a shining moment in Australian history". Voss returns for the first time in three decades in a semi-staged co-production between Victorian Opera and State Opera South Australia. What makes the opera, based on Patrick White's novel about explorer Ludwig Leichhardt, so special? And why has it taken so long to be revived?

Feature- Shostakovich's Symphony No 10 premiered in 1953 shortly after the death of Stalin, who had denounced the composer several times. Is the symphony a depiction of the dictator? As Karina Canellakis prepares to conduct it for the Sydney Symphony, she discusses Shostakovich's relationship with Stalin and the shadow it left on this explosive work.

Interview- We talk to German Baroque violinist Jonas Zschenderlein as he makes his Australia debut when he performs Bach's Violin Concerto in E Major with the Australian Brandenburg Orchestra.

On Stage, On Air & Online- We preview live performances, livestreams,