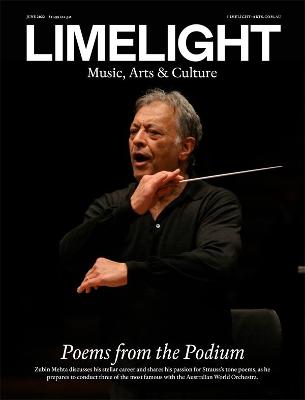 Cover story- Poems from the Podium In what could well be his final trip to Australia, Indian maestro Zubin Mehta conducts the Australian World Orchestra in Melbourne and Sydney. Mehta, who conducted the AWO in 2013 and on an Indian tour in 2015, looks back on his stellar career and tells us why he is so passionate about Richard Strauss's tone poems, as he prepares to conduct three of the most famous.
Feature- Venue Renewal The Sydney Opera House Concert Hall has been closed since February 2020. As the doors reopen after a $275 million upgrade, we take you behind the scenes to explore the transformation. We also investigate the new venues and refurbished performance spaces changing the scene around the country.
Feature- The Bachs For nearly 300 years, members of the Bach family created tens of thousands of musical works. As the Australian Chamber Orchestra and Australian Brandenburg Orchestra both present programs celebrating this extraordinary musical dynasty with works by a bevy of Bachs, we tune into their brilliance and legacy.
Interview- Simon Phillips The acclaimed stage director discusses his latest collaboration with Tim Finn and Carolyn Burns (the team behind Ladies in Black) on the new musical Come Rain or Come Shine, based on Kazuo Ishiguro's short novel, which premiers at Melbourne Theatre Company.
Soundings- Check out our popular monthly columns including On the Record, Clive Paget's round-up of the best new recordings; Cutting Edge about the latest in new music; Guy Noble's reliably amusing, provocative Soapbox; and Sacred Cow, in which a guest writer vents, humorously, about something that bugs them in arts and culture.
Reviews- Our experienced critics lend their minds to the latest concerts, operas, plays and dance works around the country.
On Air and Online- We preview the livestreams, cinema screenings, digital events and radio highlights to check out this month.