'Your courage and determination are an inspirational example for all young people to follow.' Bill Clinton, former president of the United States

'What you have done makes me proud to be a human being.' Ben Harper, musician

'I was a member of a large community at the start who thought he was mad. I take my hat off to him.' David Adam, international yachtsman

On 31 October 1999, at the age of just eighteen, Jesse Martin sailed into the record books in his yacht Lionheart, by becoming the youngest person ever to sail solo, non-stop and unassisted around the world.

Jesse Martin was born for adventure. After learning to sail at fourteen, he travelled along Australia's tropical coast on a flimsy catamaran, and by sixteen he had kayaked through the remote islands of Papua New Guinea an crewed on a yacht sailing from Belize to Tahiti. But the biggest adventure of them all was yet to come.

Lionheart is Jesse's story. A story of courage, loneliness and danger, it is also an incredible, gripping, true-life adventure.

Other Editions - Lionheart by Jesse Martin 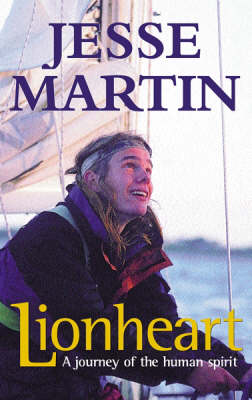