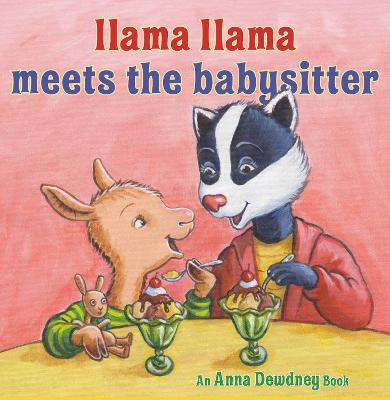 Everyone's favorite llama worries about having a new babysitter, but her arrival brings a sweet surprise.


"I have something new to talk about . . . tonight I will be going out," Mama gently tells Llama Llama.
At first, Llama feels okay with this. After all, Mama has gone out before and Gram and Grandpa have stayed with him. But this time they can't. Someone new is coming over, and the more he thinks about it, the more he worries! He knows he will be miserable . . . and then the doorbell rings. It's Molly from the ice cream store. What is she doing here? And she has ice cream! Maybe having a new babysitter isn't nearly as bad as he thought!

A Preview for this title is currently not available.
More Books By Anna Dewdney
View All