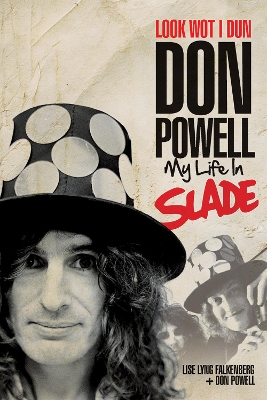 Look Wot I Dun: Don Powell: My Life in Slade

Look Wot I Dun is the story of Slade told through the eyes of drummer Don Powell whose life was shattered when, in 1973 at the height of the group's fame, he was involved in a horrific car crash. Unflinching in his honesty, Powell deals frankly with the aftermath of the accident that took the life of his girlfriend and left him with injuries that affect him to this day. Leader of the glam rock movement, Slade was the UK's biggest singles band from 1971 to 1974. Their many hits have become rock standards, not least of which was Merry Christmas Everybody, arguably Britain's all-time favorite Christmas song. This previously published book is now brought up to date in paperback format with an additional chapter from Don, detailing his touring activity over the last seven years, since the original release of his book in hardback.

Other Editions - Look Wot I Dun: Don Powell: My Life in Slade by Don Powell 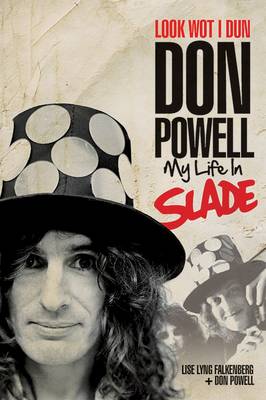 A Preview for this title is currently not available.
More Books By Don Powell
View All