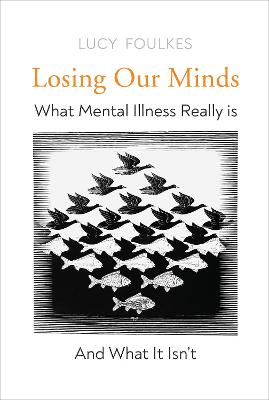 Losing Our Minds: What Mental Illness Really Is - and What It Isn't

Description - Losing Our Minds: What Mental Illness Really Is - and What It Isn't by Lucy Foulkes

We need to rethink the conversation around mental health.

Public awareness of mental illness has been transformed in recent years, but our understanding of what it actually is has yet to catch up. Too often, psychiatric disorders are confused with the inherent stresses and challenges of human experience. A narrative has taken hold that a mental health crisis has been building among young people for some time - one that, with the arrival of Covid-19, is set to get far worse.

In this profoundly sensitive and constructive book, psychologist Lucy Foulkes argues that the crisis is one of ignorance as much as illness. Have we raised a 'snowflake' generation? Or are today's young people subjected to greater stress, exacerbated by social media, than ever before? Foulkes shows that both perspectives are useful but limited. As the effects of the pandemic take hold, the real question in need of answering is- how should we distinguish between 'normal' suffering and actual illness?

Drawing on her extensive knowledge of the scientific and clinical literature, Foulkes explains what is known about mental health problems - how they arise, why they so often appear during adolescence, the various tools we have to cope with them - but also what remains unclear- distinguishing between normality and disorder is essential if we are to provide the appropriate help, but no clear line between the two exists in nature. She presents the argument that the widespread misunderstanding of this aspect of mental illness might actually be contributing to its apparent prevalence.

Losing Our Minds provides both the clarity and the nuance that are so urgently needed.

Buy Losing Our Minds: What Mental Illness Really Is - and What It Isn't by Lucy Foulkes from Australia's Online Independent Bookstore, BooksDirect.

Other Editions - Losing Our Minds: What Mental Illness Really Is - and What It Isn't by Lucy Foulkes A Preview for this title is currently not available.
More Books By Lucy Foulkes
View All