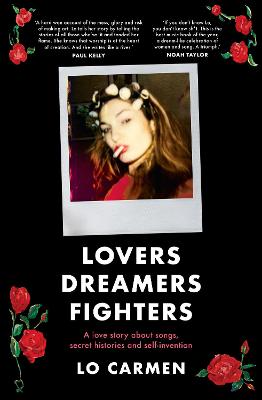 A beautiful and moving memoir about passion, creativity and fearlessness from one of Australia's true creatives, singer/songwriter Lo Carmen, inspired by the lives and careers of other remarkable Australian women - such as Renee Geyer, Chrissy Amphlett, Robyn Archer and Wendy Saddington.

'If you don't know Lo, you don't know sh*t. This is the best music book of the year, a dream-like celebration of women and song. A triumph.' Noah Taylor

'We've all got them, the lighters of the way, those mythological wonders who glow in our dark. These are the ones I got to be close to, whether in a real or allusive sense; these are the ones that got to me in a way that still flows through my veins. I think you'll understand why soon...'

Lo Carmen was discovered at sixteen working in a Kings Cross pizza bar and cast as in the seminal Australian film The Year My Voice Broke, for which she was nominated for an AFI award. But even before that, Lo has lived a bigger life than most. From being backstage at Rolling Stones concerts when she was a baby to writing her first song at eight; performing an original song onstage at nine; having a baby while barely out of her teens; forming her first band at twenty one; touring Europe without a manager, funds or a safety net; and all the while making music her life and her art. In all this, Lo has been inspired by a handful of women - all icons, one way or another, of modern Australian life.

Lo Carmen weaves her own remarkable story as a critically acclaimed singer/songwriter together with compelling portraits of the women who have influenced her life and career: bold creative visionaries, trailblazers, provocateurs, pioneers, feminists and activists such as Renee Geyer, Chrissy Amphlett, Robyn Archer and Sallie-Anne Huckstepp, exploring the often complex lives of these fascinating women as a way of understanding her own life and choices.

'A hard won account of the mess, glory and risk of making art. Lo tells her story by telling the stories of all those who've lit and tended her flame. She knows that worship is at the heart of creation. And she writes like a river.' Paul Kelly

'There is an electricity and trueness to Loene's voice you can't fake. It involves her passion for art and music, but also a love for outsiders who have something special to give. Her intense humanity and feel for unexpected intimate detail goes to your core.' Mark Mordue, Boy on Fire

'A little bit country, a little bit rock n roll, Loene Carmen's writing is vivid, sassy and intimate. From the studios of Nashville to the grimy bars of the Cross, Lovers Dreamers Fighters is a memoir about the power of song, family and spiritual connection, but most of all a love letter to the soul-sisters who have shaped Lo's creative spirit, and Australia's cultural history, through the generations.' Kirsten Krauth, Almost a Mirror 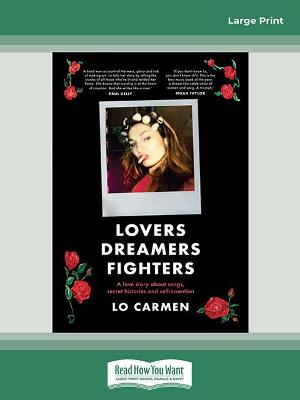 A Preview for this title is currently not available.
More Books By Lo Carmen
View All