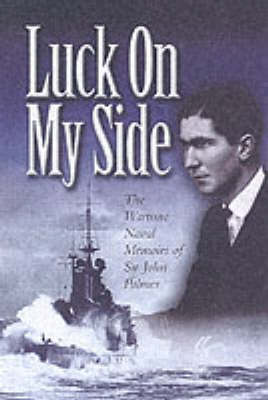 Luck on My Side

Description - Luck on My Side by John Palmer

Action packed naval memoirs of the Second World War are few and far between and inevitably getting rarer. John Palmer was at sea for virtually the entire war serving in three ships. During this time he kept a secret diary of events and his reactions and emotions which Pen and Sword Books are now privileged to publish. This book vividly describes the Author's experiences. For the worst period of the Battle of the Atlantic he was on convoy protection duty in the Corvette HMS Clematis and recalls the famous Christmas Day action against the mighty German battle-cruiser Hipper. Later he supported the Allied landings in North Africa from the Frigate HMS Exe before joining the legendary Amethyst. Among his many exploits the Author took the first surrender of a U-boat, which he boarded and took into Weymouth.

Buy Luck on My Side by John Palmer from Australia's Online Independent Bookstore, BooksDirect.

A Preview for this title is currently not available.
More Books By John Palmer
View All