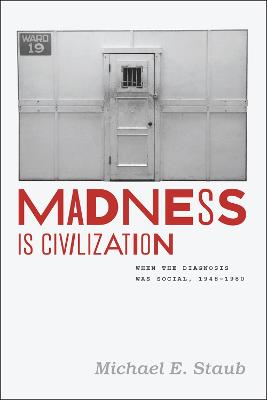 In the 1960s and 1970s, a popular diagnosis for America's problems was that society was becoming a madhouse. In this intellectual and cultural history, Michael E. Staub examines a time when many believed insanity was a sane reaction to obscene social conditions, psychiatrists were agents of repression, asylums were gulags for society's undesirables, and mental illness was a concept with no medical basis.

Madness Is Civilization explores the general consensus that societal ills?from dysfunctional marriage and family dynamics to the Vietnam War, racism, and sexism?were at the root of mental illness. Staub chronicles the surge in influence of socially attuned psychodynamic theories along with the rise of radical therapy and psychiatric survivors' movements. He shows how the theories of antipsychiatry held unprecedented sway over an enormous range of medical, social, and political debates until a bruising backlash against these theories?part of the reaction to the perceived excesses and self-absorptions of the 1960s?effectively distorted them into caricatures. Throughout, Staub reveals that at stake in these debates of psychiatry and politics was nothing less than how to think about the institution of the family, the nature of the self, and the prospects for, and limits of, social change. ?The first study to describe how social diagnostic thinking emerged, Madness Is Civilization casts new light on the politics of the postwar era.

Other Editions - Madness is Civilization by Michael E. Staub 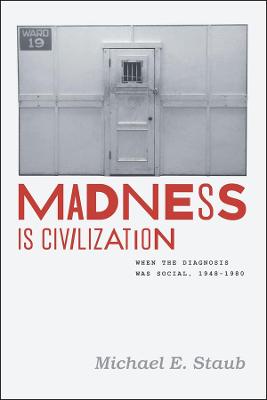 A Preview for this title is currently not available.
More Books By Michael E. Staub
View All