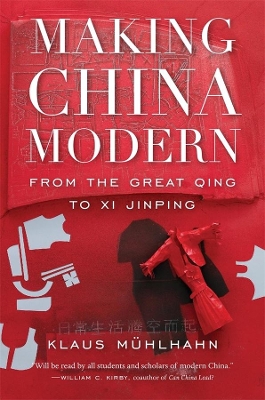 Making China Modern: From the Great Qing to Xi Jinping

?Chronicles reforms, revolutions, and wars through the lens of institutions, often rebutting Western impressions?[And] warns against thinking of China's economic success as proof of a unique path without contextualizing it in historical specifics.?
?New Yorker

?This thoughtful, probing interpretation is a worthy successor to the famous histories of Fairbank and Spence and will be read by all students and scholars of modern China.?
?William C. Kirby, coauthor of Can China Lead?

It is tempting to attribute the rise of China to recent changes in political leadership and economic policy. But China has had a long history of creative adaptation and it would be a mistake to think that its current trajectory began with Deng Xiaoping. In the mid-eighteenth century, when the Qing Empire reached the height of its power, China dominated a third of the world's population. Then, as the Opium Wars threatened the nation's sovereignty and the Taiping Rebellion ripped the country apart, China found itself verging on free fall. In the twentieth century China managed a surprising recovery, rapidly undergoing profound economic and social change, buttressed by technological progress. A dynamic story of crisis and recovery, failures and triumphs, Making China Modern explores the versatility and resourcefulness that has guaranteed China's survival in the past, and is now fueling its future.

Other Editions - Making China Modern: From the Great Qing to Xi Jinping by Klaus Muhlhahn 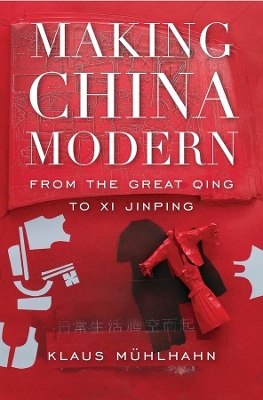 A Preview for this title is currently not available.
More Books By Klaus Muhlhahn
View All