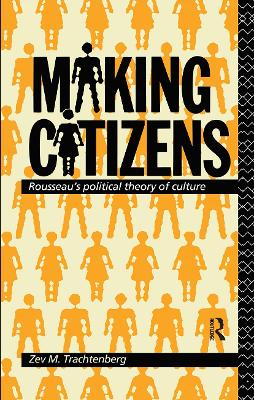 Rousseau's theory of the effect of culture on politics is central to his philosophical understanding of society. Zev Trachtenberg explores this connection, taking Rousseau's theory to be a model of how consideration of culture can be incorporated into a wider account of political life. Trachtenberg begins with a new interpretation of Rousseau's concept of the general will. His analysis identifies attitudes individuals can adopt that facilitate or impede social cooperation - attitudes Rousseau holds are culturally formed. He then takes up Rousseau's account of the evolution of human psychology, which can bring about either the actual political failure of existing society, or the possible political success of an ideal society Rousseau imagines. The culture of existing society exacerbates individuals' self-interest, leading to failures in collective action. But the culture of ideal society instills civic virtue, which motivates individuals to cooperate with one another. Trachtenberg concludes with the criticism that Rousseau's cultural ideal conflicts with his account of legitimacy. Legitimacy requires that citizens have the cognitive skills needed to formulate the general will.
But Rousseau's ideal culture does not develop cognitive abilities; rather it motivates citizens simply to obey the general will once it has been formulated. In the end, therefore, Rousseau's conception of culture's role in ideal society renders his political theory as a whole inconsistent. 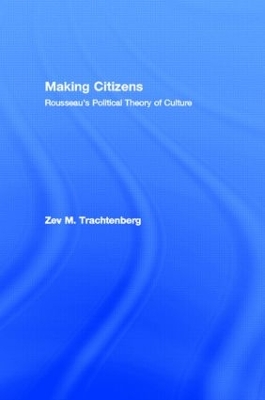 A Preview for this title is currently not available.
More Books By Zev M. Trachtenberg
View All