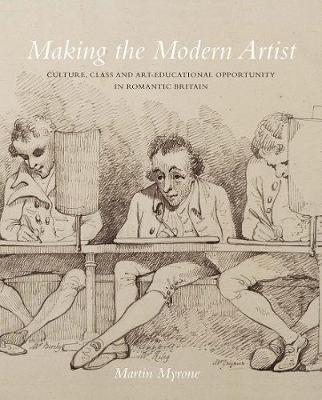 The artist has been a privileged figure in the modern age, embodying ideals of personal and political freedom and self-fulfillment. Does it matter who gets to be an artist? And do our deeply held beliefs stand up to scrutiny? Making the Modern Artist gets to the root of these questions by exploring the historical genesis of the figure of the artist. Based on an unprecedented biographical survey of almost 1,800 students at the Royal Academy of Arts in London between 1769 and 1830, the book reveals hidden stories about family origins, personal networks, and patterns of opportunity and social mobility. Locating the emergence of the "modern artist" in the crucible of Romantic Britain, rather than in 19th-century Paris or 20th-century New York, it reconnects the story of art with the advance of capitalism and demonstrates surprising continuities between liberal individualism and state formation, our dreams of personal freedom, and the social suffering characteristic of the modern era.

A Preview for this title is currently not available.
More Books By Martin Myrone
View All