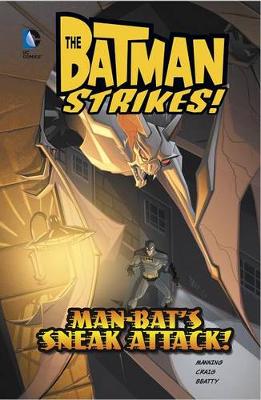 Three college students find themselves trapped in the asylum by the vicious Man-Bat during a psychology class field trip. When the power goes out Batman is there to fight his evil foe. But will Batman also be intimidated by the monstrous Man-Bat