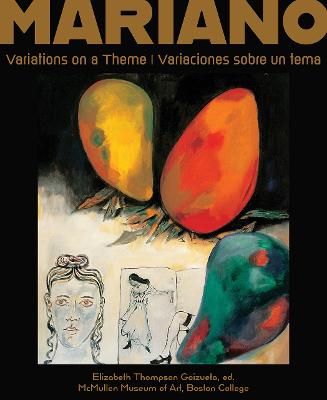 This bilingual catalog accompanies a retrospective exhibition of Cuban modernist painter Mariano Rodriguez (1912-90). The artist, known simply as "Mariano," explored variations on central themes that reappeared and evolved throughout his lifetime, most famously his iconic "gallo" (rooster) paintings. The McMullen Museum's exhibition and catalog offer an expanded look into Mariano's six-decade career from interdisciplinary perspectives. Essays consider Mariano's formative association with Manuel Rodriguez Lozano and the Mexican School in the thirties and the symbiotic relationship that developed between Mariano and Cuban intellectuals to create a rich cultural history in the forties. The catalog discusses Mariano's shift from figuration to abstraction in the fifties and his return to figuration with startling grotesque imagery in the sixties. There is also a focus on Mariano's final period, which explores the individual and the collective, both compositionally and politically, in the seventies and eighties. Together, these essays illuminate both Mariano's rootedness in traditional forms of Cuban symbolism and his forging of a unique style that came to characterize his work beyond "lo cubano."