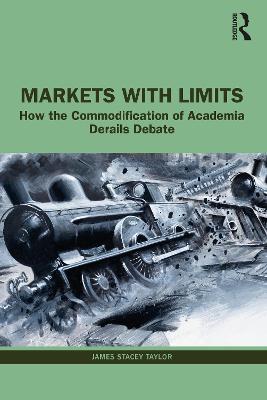 Markets with Limits: How the Commodification of Academia Derails Debate

Description - Markets with Limits: How the Commodification of Academia Derails Debate by James Stacey Taylor

In Markets with Limits James Stacey Taylor argues that current debates over the moral limits of markets have derailed. He argues that they focus on a market-critical position that almost nobody holds: That certain goods and services can be freely given away but should never be bought or sold. And he argues that they focus on a type of argument for this position that there is reason to believe that nobody holds: That trade in certain goods or services is wrongful solely because of what it would communicate.

Taylor puts the debates over the moral limits of markets back on track. He develops a taxonomy of the positions that are actually held by critics of markets, and clarifies the role played in current moral and political philosophy by arguments that justify (or condemn) certain actions owing in part to what they communicate. Taylor argues that the debates have derailed because they were conducted in accord with market, rather than academic, norms-and that this demonstrates that market thinking should not govern academic research. Markets with Limits concludes with suggestions as to how to encourage academics to conduct research in accord with academic norms and hence improve its quality.

Other Editions - Markets with Limits: How the Commodification of Academia Derails Debate by James Stacey Taylor 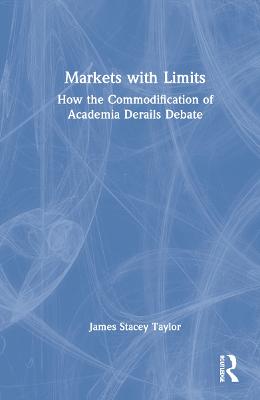 A Preview for this title is currently not available.
More Books By James Stacey Taylor
View All