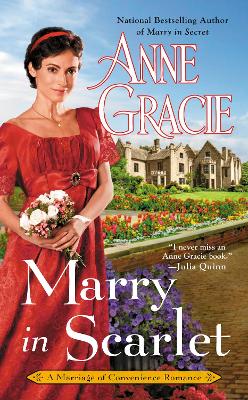 A marriage born of passion and scandal turns into something more from the bestselling author of Marry in Secret.

A marriage born of passion and scandal turns into something more from the bestselling author of Marry in Secret.

The proud and arrogant Duke of Everingham is determined to secure a marriage of convenience with heiress, Lady Georgiana Rutherford. He's the biggest prize on the London marriage mart, pursued by young unmarried ladies and their match-making mamas, as well as married women with a wandering eye. He can have any woman he wants. Or so he thinks. . .

Lady Georgiana Rutherford--irreverent and unconventional--has no plans to marry. Having grown up poor, Lady George has no intention of giving up her fortune to become dependent on the dubious and unreliable goodwill of a man. Especially a man as insufferable as the Duke of Everingham, whose kisses stirs unwelcome and unsettling emotions . . .

...Sparks are sure to fly

The more she defies him, the more the duke wants her, until an argument at a ball spirals into a passionate embrace. Caught in a compromising position, the duke announces their betrothal. George is furious and when gossip claims she deliberately entrapped the duke--when she was the one who was trapped--she marches down the aisle in a scarlet wedding dress. But the unlikely bride and groom may have found love in the most improbable of places--a marriage of convenience.