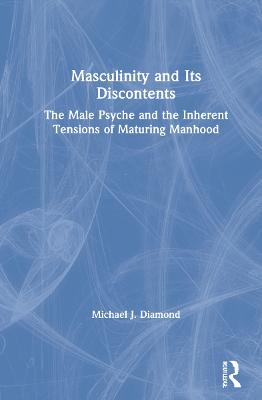 Masculinity and Its Discontents: The Male Psyche and the Inherent Tensions of Maturing Manhood

Description - Masculinity and Its Discontents: The Male Psyche and the Inherent Tensions of Maturing Manhood by Michael J. Diamond

Offering a uniquely psychoanalytic developmental perspective on male gender identity and the sense of maleness, this book provides an in-depth analysis of the development of masculinity in childhood and its continued evolution throughout a man's life.

Drawing on classical Freudian theory, as well as on more contemporary psychoanalytic theories, this book explores early infancy and child development, preoedipal factors and the oedipal complex, the influence of parenting and the unconscious transmission of gendered factors both by mothers and both biological and symbolic fathers, the male ego ideal, social, cultural, and biological influences, the role of inherent psychic bi-genderality in the context of gender binaries, and the inherent gendered tensions and challenges experienced as an individual progresses into adult and later life. This book is original in its characterization of the male developmental trajectory as underpinned by psychoanalytic principles pertaining to conflict and inherent tensions that continue throughout the life cycle and strongly impact other areas of life. Deeply rooted in the unconscious, a man's multiply determined sense of masculinity requires deconstructing the mother, the feminine, and the other in the male psyche. As the text illustrates via clinical vignettes, an awareness and an understanding of these areas can improve the clinical work of psychoanalysts working with men who struggle with the intrinsic conflicts in their sense of maleness.

This book will be of great clinical value to psychoanalysts, psychotherapists and other mental health practitioners, and will stimulate the thinking of scholars in such areas as gender theory, psychodynamic and sociocultural aspects of gender roles, and the changing social definition of masculinity.

Buy Masculinity and Its Discontents: The Male Psyche and the Inherent Tensions of Maturing Manhood by Michael J. Diamond from Australia's Online Independent Bookstore, BooksDirect.

Other Editions - Masculinity and Its Discontents: The Male Psyche and the Inherent Tensions of Maturing Manhood by Michael J. Diamond 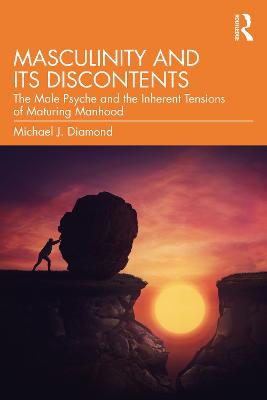 A Preview for this title is currently not available.
More Books By Michael J. Diamond
View All

Masculinity and Its Discontents: The Male Psyche and the Inherent Tensions of Maturing Manhood
Michael J. Diamond
Paperback , Jun '21
RRP: $62.99 $62.36