"It will become the standard work on the subject." Literary Review

This major work provides the first comprehensive history of one of modernism's most defining and controversial architectural legacies: the 20th-century drive to provide 'homes for the people'. Vast programmes of mass housing - high-rise, low-rise, state-funded, and built in the modernist style - became a truly global phenomenon, leaving a legacy which has suffered waves of disillusionment in the West but which is now seeing a dramatic, 21st-century renaissance in the booming, crowded cities of East Asia.

Providing a global approach to the history of Modernist mass-housing production, this authoritative study combines architectural history with the broader social, political, cultural aspects of mass housing - particularly the 'mass' politics of power and state-building throughout the 20th century.

Exploring the relationship between built form, ideology, and political intervention, it shows how mass housing not only reflected the transnational ideals of the Modernist project, but also became a central legitimizing pillar of nation-states worldwide. In a compelling narrative which likens the spread of mass housing to a 'Hundred Years War' of successive campaigns and retreats, it traces the history around the globe from Europe via the USA, Soviet Union and a network of international outposts, to its ultimate, optimistic resurgence in China and the East - where it asks: Are we facing a new dawn for mass housing, or another 'great housing failure' in the making? 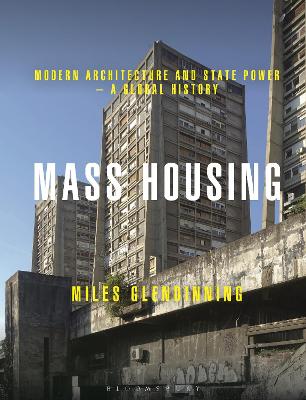 A Preview for this title is currently not available.
More Books By Miles Glendinning
View All