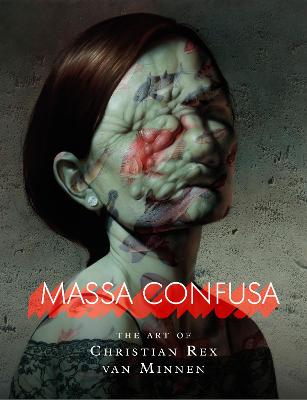 Christian Rex van Minnen's art is challenging, intriguing, and disturbing. His provocative paintings depict the dynamic attraction and repulsion of mankind, often leaving the viewer deep in contemplative euphoria. Since his first solo exhibition in 2009, his work has been shown extensively around the world, garnering a cult following of admirers who are deeply moved by his honest paintings, often reflecting the artist's own thoughts about the fragile male ego and what it means to identify as a white American man.
Van Minnen's first foray into showcasing his delightfully complex work, Massa Confusa is a deluxe art book filled with beautiful paintings that raise questions around our identity while also bringing out the grotesque from within all of us.