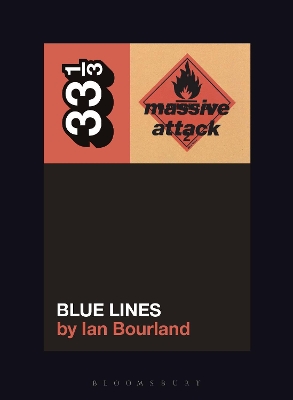 In 1991, a loose-knit collective released a record called Blue Lines under the name Massive Attack, splicing together American hip-hop and soul with the sounds of the British underground. With its marauding bass lines, angular guitars, and psychedelic effects, Blue Lines built on the Caribbean soundsystems and nascent rave scene of the 1980s while also looking ahead to the group's signature blend of epic cinematics and lush downtempo. In the process, Blue Lines invented an entirely new genre called trip hop and launched the career of a rapper named Tricky.

Ultimately, Blue Lines created the sonic playbook for an emerging future: hybrid, digital, cosmopolitan, and rooted in the black and immigrant communities who animated the urban wreckage of the postindustrial city. Massive Attack envisioned an alternate future in sharp counterpoint to the glossy triumphalism of Brit Pop. And while the group would go on to bigger things, this record was both a warning shot and a definitive statement that sounds as otherworldy today as on the day of its release. As Blue Lines's iconic flame logo spun on turntables the world over, Massive Attack and their spaced-out urban blues reimagined music for the 1990s and beyond.

A Preview for this title is currently not available.
More Books By Ian Bourland
View All