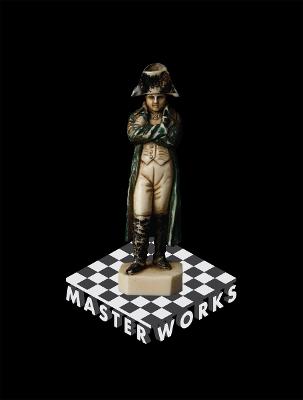 MASTER WORKS: Rare and Beautiful Chess Sets of the World

Chess, one of the world's most popular games, has inspired artists for hundreds of years. Though apparently offering a limited canvas - each set has 32 pieces, each board 64 squares - sets have nevertheless been designed in countless ways, using almost every imaginable material: from precious metals, to ivory and rock crystal. They have taken many forms, from figural to abstract, and used many diverse themes, from the historical and political to the beauty and variety of the animal kingdom. This book brings together some of the most beautiful and unusual chess sets ever made. Over hundreds of years, from five continents, they are culled from private collections and museums, including: 200 year-old sets made by nameless Indian craftsmen; sets by Peter Carl Faberge; sets from Soviet gulag prisoners; and sets by leading artists of the 20th century, like Max Ernst. Each set has been especially photographed for this book, with detailed insights provided by an exceptional group of experts: Dr. George Dean, Jon Crumiller, Larry List, Barbara Drake Boehm (senior curator of the Cloisters, Metropolitan Museum of Art) and William Wiles (Dezeen), with an introduction by the book's editor, Dylan Loeb McClain, (former New York Times chess columnist).

A Preview for this title is currently not available.
More Books By Dylan McClain
View All