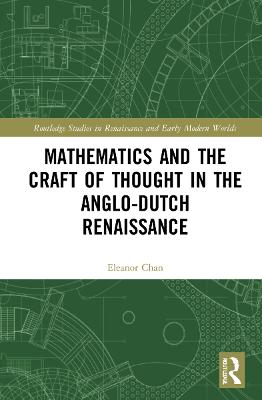 Mathematics and the Craft of Thought in the Anglo-Dutch Renaissance

The development of a coherent, cohesive visual system of mathematics brought about a seminal shift in approaches towards abstract thinking in western Europe. Vernacular translations of Euclid's Elements made these new and developing approaches available to a far broader readership than had previously been possible. Scholarship has explored the way that the language of mathematics leaked into the literary cultures of England and the Low Countries, but until now the role of visual metaphors of making and shaping in the establishment of mathematics as a practical tool has gone unexplored. Mathematics and the Craft of Thought sheds light on the remarkable culture shift surrounding the vernacular language translations of Euclid, and the geometrical imaginary that they sought to create. It shows how the visual language of early modern European geometry was constructed by borrowing and quoting from contemporary visual culture. The verbal and visual language of this form of mathematics, far from being simply immaterial, was designed to tantalize with material connotations. This book argues that, in a very real sense, practical geometry in this period was built out of craft metaphors.

Buy Mathematics and the Craft of Thought in the Anglo-Dutch Renaissance by Eleanor Chan from Australia's Online Independent Bookstore, BooksDirect.