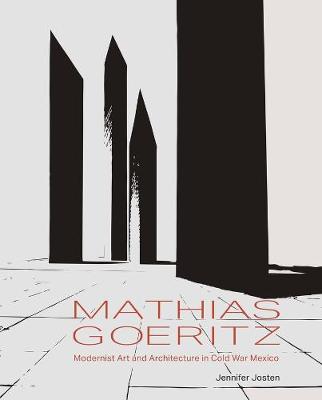 The first major work in English on Mathias Goeritz (1915-1990), this book illuminates the artist's pivotal role within the landscape of twentieth-century modernism. Goeritz became recognized as an abstract sculptor after arriving in Mexico from Germany by way of Spain in 1949. His call to integrate abstract forms into civic and religious architecture, outlined in his "Emotional Architecture" manifesto, had a transformative impact on midcentury Mexican art and design.

While best known for the experimental museum El Eco and his collaborations with the architect Luis Barragan, including the brightly colored towers of Satellite City, Goeritz also shaped the Bauhaus-inspired curriculum at Guadalajara's School of Architecture and the iconic Cultural Program of Mexico City's 1968 Olympic Games. Josten addresses the Cold War implications of these and other initiatives that pitted Goeritz, an advocate of internationalist abstraction, against Diego Rivera and David Alfaro Siqueiros, ardent defenders of the realist style that prevailed in official Mexican art during the postrevolutionary period. Exploring Goeritz's dialogues with leading figures among the Parisian and New York avant-gardes, such as Yves Klein and Philip Johnson, Josten shows how Goeritz's approach to modernism, which was highly attuned to politics and place, formed part of a global enterprise.