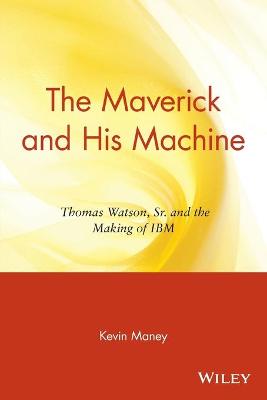 The Maverick and His Machine

Thomas Watson, Sr. and the Making of IBM

Description - The Maverick and His Machine by Kevin Maney

The first complete look at one of America's legendary business leaders

This groundbreaking biography by Kevin Maney, acclaimed technology columnist for USA Today, offers fresh insight and new information on one of the twentieth century's greatest business figures. Over the course of forty-two years, Thomas J. Watson took a failing business called The Computer-Tabulating-Recording Company and transformed it into IBM, the world's first and most famous high-tech company. The Maverick and His Machine is the first modern biography of this business titan. Maney secured exclusive access to hundreds of boxes of Watson's long-forgotten papers, and he has produced the only complete picture of Watson the man and Watson the legendary business leader. These uncovered documents reveal new information about how Watson bet the company in the 1920s on tabulating machines-the forerunners to computers-and how he daringly beat the Great Depression of the 1930s. The documents also lead to new insights concerning the controversy that has followed Watson: his suppos ed coll usion with Adolf Hitler's Nazi regime.

Maney paints a vivid portrait of Watson, uncovers his motivations, and offers needed context on his mammoth role in the course of modern business history. Jim Collins, author of the bestsellers Good to Great and Built to Last, writes in the Foreword to Maney's book: "Leaders like Watson are like forces of nature-almost terrifying in their release of energy and unpredictable volatility, but underneath they still adhere to certain patterns and principles. The patterns and principles might be hard to see amidst the melee, but they are there nonetheless. It takes a gifted person of insight to highlight those patterns, and that is exactly what Kevin Maney does in this book."

The Maverick and His Machine also includes never-before-published photos of Watson from IBM's archives, showing Watson in greater detail than any book ever has before. Essential reading for every businessperson, tech junkie, and IBM follower, the book is also full of the kind of personal detail and reconstructed events that make it a page-turning story for general readers. The Maverick and the Machine is poised to be one of the most important business biographies in years.

Kevin Maney is a nationally syndicated, award-winning technology columnist at USA Today, where he has been since 1985. He is a cover story writer whose story about IBM's bet-the-company move gained him national recognition. He was voted best technology columnist by the business journalism publication TJFR. Marketing Computers magazine has four times named him one of the most influential technology columnists. He is the author of Wiley's MEGAMEDIA SHAKEOUT: The Inside Story of the Leaders and the Losers in the Exploding Communications Industry, which was a Business Week Bestseller.

"Watson was clearly a genius with a thousand helpers, yet he managed to build an institution that could transcend the genius."-from the Foreword by Jim Collins

"Like all great biographers, Kevin Maney gives us an engaging story . . .his fascinating and definitive book about IBM's founder is replete with amazing revelations and character lessons that resonate today."-Rosabeth Moss Kanter, Harvard Business School, bestselling author of Evolve! and When Giants Learn to Dance

Buy The Maverick and His Machine by Kevin Maney from Australia's Online Independent Bookstore, BooksDirect.

Other Editions - The Maverick and His Machine by Kevin Maney 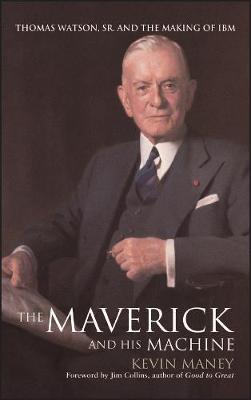 A Preview for this title is currently not available.
More Books By Kevin Maney
View All