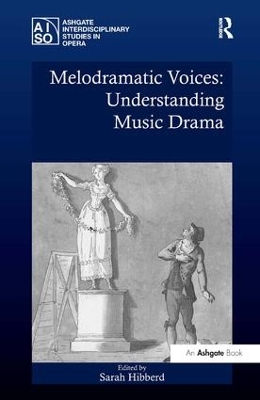 The genre of melodrame A grand spectacle that emerged in the boulevard theatres of Paris in the 1790s - and which was quickly exported abroad - expressed the moral struggle between good and evil through a drama of heightened emotions. Physical gesture, mise en scene and music were as important in communicating meaning and passion as spoken dialogue. The premise of this volume is the idea that the melodramatic aesthetic is central to our understanding of nineteenth-century music drama, broadly defined as spoken plays with music, operas and other hybrid genres that combine music with text and/or image. This relationship is examined closely, and its evolution in the twentieth century in selected operas, musicals and films is understood as an extension of this nineteenth-century aesthetic. The book therefore develops our understanding of opera in the context of melodrama's broader influence on musical culture during the nineteenth and twentieth centuries. This book will appeal to those interested in film studies, drama, theatre and modern languages as well as music and opera. A Preview for this title is currently not available.
More Books By Sarah Hibberd
View All