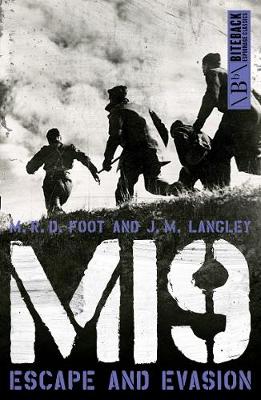 Many of the most famous escapes in history took place during the Second World War. These daring flights from Nazi-occupied Europe would never have been possible but for the assistance of a hitherto secret British service: MI9. This small, dedicated and endlessly inventive team gave hope to the men who had fallen into enemy hands, and aid to resistance fighters in occupied territory. It sent money, maps, clothes, compasses, even hacksaws - and in return coded letters from the prisoner-of-war camps and provided invaluable news of what was happening in the enemy's homeland. Understaffed and under-resourced, MI9 nonetheless made a terrific contribution to the Allied war effort.

First published in 1979, this book tells the full, inside story of an extraordinary organisation.

A Preview for this title is currently not available.
More Books By M.R.D. Foot
View All