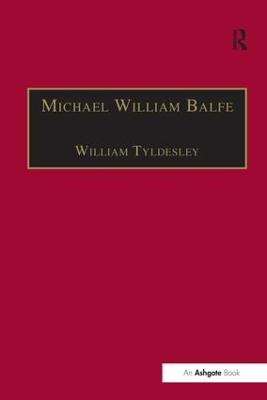 Michael William Balfe: His Life and His English Operas

Description - Michael William Balfe: His Life and His English Operas by William Tyldesley

Michael William Balfe (1808-1870) was one of the most successful composers of English opera in the mid-nineteenth century. During his lifetime he enjoyed an international reputation and worked with some of the leading singers of the time, including Jenny Lind, Malibran and Grisi. Drawing on previously unused source materials such as letters, legal documents and playbills, this biography of Balfe and study of his English operas overturns many of the previously accepted 'facts' of the composer's lifestyle. Using London as his base, Dublin-born Balfe spent long periods in Paris and travelled widely in Europe. William Tyldesley discusses the continental influences evident in Balfe's operas and offers suggestions as to the draw that Paris held for the composer. Far from leading a fairly prosperous and unexceptional life, Balfe is shown to have found himself in financial straits on more than one occasion, and to have employed possibly unethical means of extracting himself from them.