Migrating Music considers the issues around music and cosmopolitanism in new ways. Whilst much of the existing literature on 'world music' questions the apparently world-disclosing nature of this genre - but says relatively little about migration and mobility - diaspora studies have much to say about the latter, yet little about the significance of music.

In this context, this book affirms the centrality of music as a mode of translation and cosmopolitan mediation, whilst also pointing out the complexity of the processes at stake within it. Migrating music, it argues, represents perhaps the most salient mode of performance of otherness to mutual others, and as such its significance in socio-cultural change rivals - and even exceeds - literature, film, and other language and image-based cultural forms.

This book will serve as a valuable reference tool for undergraduate and postgraduate students with research interests in cultural studies, sociology of culture, music, globalization, migration, and human geography. 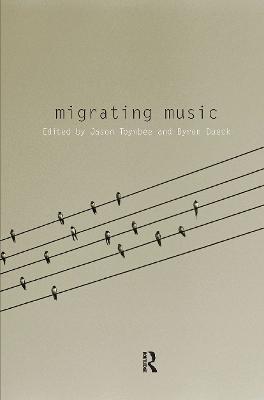 A Preview for this title is currently not available.
More Books By Jason Toynbee
View All