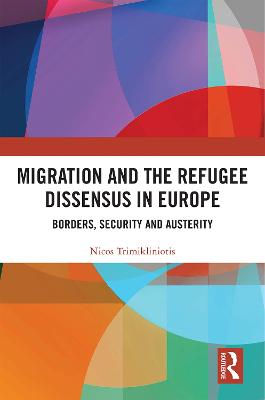 Migration and the Refugee Dissensus in Europe: Borders, Security and Austerity

Description - Migration and the Refugee Dissensus in Europe: Borders, Security and Austerity by Nicos Trimikliniotis

This book provides an explanation for the fundamental disagreement pertaining to immigration and asylum in Europe.

Since the collapse of consensus with the end of the Cold War, immigration and asylum have increasingly emerged as a central socio-political issue in Europe. The present work attempts to move beyond the complexity of 'managing' migratory flows by focusing on the most daunting issues arising from the response to the 'refugee crisis' in Europe. This debate is intimately connected to borders, security, belonging, citizenship and labour precarity/inequality. The book addresses some crucial dimensions related to the migration and asylum dissensus by providing an integrated frame of analysis from the point of view of resistance, rather than that of power. It connects notions of belonging and the migrant integration with the processes of de-democratisation, racist populism, citizenship and authoritarian migration regimes, and contributes towards a theory of the asylum and immigration dissensus by examining the potential for transition towards a society of equality and rights. The author proposes that the encounter(s) with surplus populations in Europe, which result in the multiplication of liminal regimes as well as spaces for resistance, generates potential for social imaginaries, promising a society unimaginable in previous epochs.

This book will be of much interest to students of migration and border studies, global governance, European politics and International Relations.

Other Editions - Migration and the Refugee Dissensus in Europe: Borders, Security and Austerity by Nicos Trimikliniotis 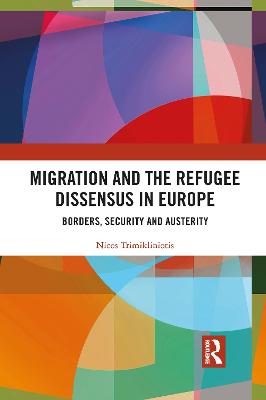 A Preview for this title is currently not available.
More Books By Nicos Trimikliniotis
View All