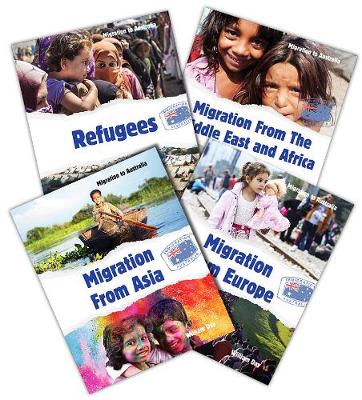 Australia is a country built on migration. People have been seeking a new life in Australia's cities and country regions from the colonial era up until the present. This series explains why they chose Australia as their destination what the international conditions were that caused them to leave their homelands and how thousands of migrants have contributed to making Australia the nation it is today.
Titles in the Pack
Migration From Asia
Migration From Europe
Migration From Middle East Africa
Refugees

A Preview for this title is currently not available.
More Books By William Day
View All