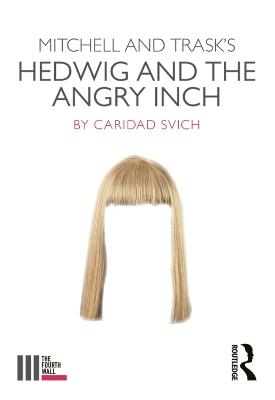 Mitchell and Trask's Hedwig and the Angry Inch

'... love creates something that was not there before.' - Hedwig

John Cameron Mitchell and Stephen Trask's Hedwig and the Angry Inch opened on Valentine's Day,1998, in New York City, and ever since, it and its genderqueer heroine have captivated audiences around the world. As the first musical to feature a genderqueer protagonist as its lead, the show has had an extraordinary life on film, Broadway and in the music field. A glam rock musical with a complex relationship to issues related to art, eroticism and matters of identity formation, Hedwig and the Angry Inch is a darkly exuberant fairy tale about a child that discovers she is one of a kind, but also potentially among her own kind, if she dares travel past borders that confine and try to stabilise her being and identity.

Caridad Svich examines this exhilarating work through the lenses of visual and vocal rock 'n' roll performance, the history of the American musical, and its positioning within LGBTIQ+ theatre.

A Preview for this title is currently not available.
More Books By Caridad Svich
View All