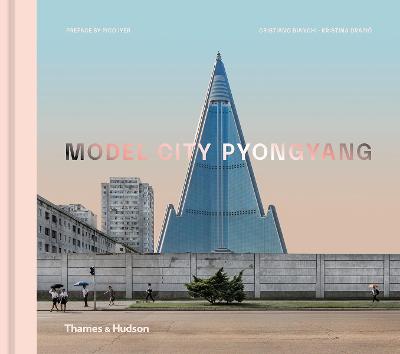 Many 'model' cities, both imagined and physical, have existed throughout history; from the ideal cities of the Renaissance, Urbino, Pienza and Ferrara, to modernist utopias, such as Brasilia or Chandigarh. North Korea's Pyongyang, however, is arguably unique. Entirely rebuilt following the Korean War (1950-53), the city was planned and fully implemented to model a single ideological vision - a guide for an entire state. As a result, the urban fabric of Pyongyang displays an extraordinary architectural cohesion and narrative, artfully captured in the pages of this book.

In recent years, many of Pyongyang's buildings have been redeveloped to remove interior features or to render facades unrecognizable. From the city's monumental axes to its symbolic sports halls and experimental housing concepts, this timely book offers comprehensive visual access to Pyongyang's restricted buildings, which still preserve the DPRK's original vision for a city designed 'for the people'. Often kitsch, colourful and dramatic, Pyongyang's architecture can be reminiscent of the aesthetic of a Wes Anderson film, where it is difficult to distinguish between reality and theatre. Reflecting a culture that has carefully crafted its own narrative, the backdrop of each photograph has been replaced with a colour gradient, evoking the idealized pastel skies of the country's propaganda posters. A Preview for this title is currently not available.
More Books By Cristiano Bianchi
View All