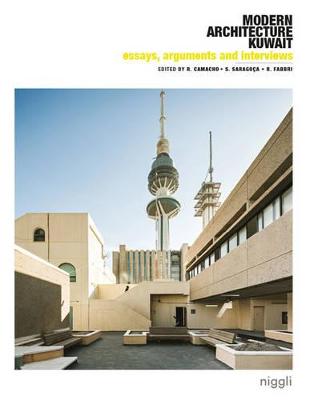 Between 1949 and 1989, remarkable buildings of late modernity were constructed in the coastal city of Kuwait. Within these four decades, the city state on the Arabian Gulf was comprehensively restructured and practically redesigned. Following a first volume with 150 carefully selected exemplary buildings, this second volume features interviews, essays and arguments, as well as transcripts of contemporary publications of these years. The texts from local and international scholars focus on questions regarding the significance and function of the buildings along with the role of individual and corporate protagonists that influenced, defined and created this highly dynamic restructuring process. Furthermore, all aspects are integrated into a wider regional and international context. The contributions are complemented by an extensive array of photographic, layout, and archive materials.

A Preview for this title is currently not available.
More Books By Ricardo Camacho
View All