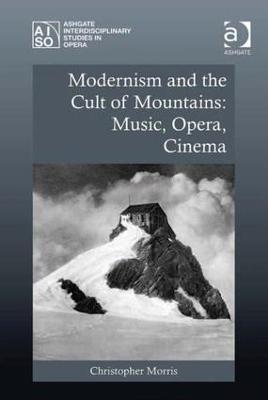 Modernism and the Cult of Mountains: Music, Opera, Cinema

Description - Modernism and the Cult of Mountains: Music, Opera, Cinema by Christopher Morris

Adopting and transforming the Romantic fascination with mountains, modernism in the German-speaking lands claimed the Alps as a space both of resistance and of escape. This new 'cult of mountains' reacted to the symptoms and alienating forces associated with modern culture, defining and reinforcing models of subjectivity based on renewed wholeness and an aggressive attitude to physical and mental health. The arts were critical to this project, none more so than music, which occupied a similar space in Austro-German culture: autonomous, pure, sublime. In Modernism and the Cult of Mountains opera serves as a nexus, shedding light on the circulation of contesting ideas about politics, nature, technology and aesthetics. Morris investigates operatic representations of the high mountains in German modernism, showing how the liminal quality of the landscape forms the backdrop for opera's reflexive engagement with the identity and limits of its constituent media, not least music. This operatic reflexivity, in which the very question of music's identity is repeatedly restaged, invites consideration of musical encounters with mountains in other genres, and Morris shows how these issues resonate in Strauss's Alpine Symphony and in the Bergfilm (mountain film). By using music and the ideology of mountains to illuminate aspects of each other, Morris makes an original and valuable contribution to the critical study of modernism.

Other Editions - Modernism and the Cult of Mountains: Music, Opera, Cinema by Christopher Morris 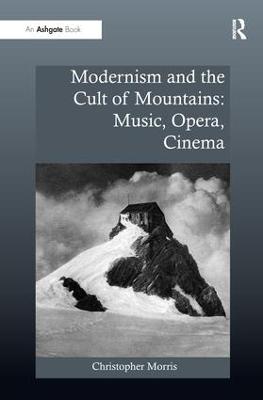 A Preview for this title is currently not available.
More Books By Christopher Morris
View All