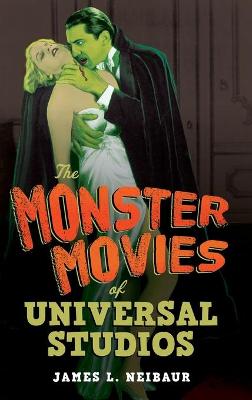 The Monster Movies of Universal Studios

In 1931 Universal Studios released Dracula starring Bela Lugosi. This box office success was followed by a string of films featuring macabre characters and chilling atmospherics, including Frankenstein, The Mummy, and The Invisible Man. With each new film, Universal established its place in the Hollywood firmament as the leading producer of horror films, a status it enjoyed for more than twenty years.

In The Monster Movies of Universal Studios, James L. Neibaur examines the key films produced by the studio from the early 1930s through the mid-1950s. In each entry, the author recounts the movie's production, provides critical commentary, considers the film's commercial reception, and offers an overall assessment of the movie's significance. Neibaur also examines the impact these films had on popular culture, an influence that resonates in the cinema of fear today.

From the world premiere of Dracula to the 1956 release of The Creature Walks among Us, Universal excelled at scaring viewers of all ages-and even elicited a few chuckles along the way by pitting their iconic creatures against the comedic pair of Abbott and Costello. The Monster Movies of Universal Studios captures the thrills of these films, making this book a treat for fans of the golden age of horror cinema.

A Preview for this title is currently not available.
More Books By James L. Neibaur
View All