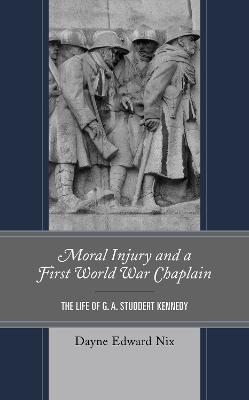 Moral Injury and a First World War Chaplain: The Life of G. A. Studdert Kennedy

Description - Moral Injury and a First World War Chaplain: The Life of G. A. Studdert Kennedy by Dayne Edward Nix

Chaplain G.A. Studdert Kennedy has been described as the most popular British chaplain of the First World War. Widely known as "Woodbine Willie" for the cigarettes he distributed to the troops, his wartime poetry and prose communicated the challenges, hardships and hopes of the soldiers he served. As a chaplain, he was subject to the same hardships as his soldiers. This book analyses his experiences through the contemporary understanding of psychological, moral and spiritual impact of war on its survivors and suggests that the chaplain suffered from Combat Stress, Moral Injury, and Spiritual Injury. Through the analysis of his wartime and postwar publications, the author illustrates the continuing impact of war on the life of a veteran of the Great War.