Morality and Viennese Opera in the Age of Mozart and Beethoven

This book explores how the Enlightenment aesthetics of theater as a moral institution influenced cultural politics and operatic developments in Vienna between the mid-eighteenth and early nineteenth centuries. Moralistic viewpoints were particularly important in eighteenth-century debates about German national theater. In Vienna, the idea that vernacular theater should cultivate the moral sensibilities of its German-speaking audiences became prominent during the reign of Empress Maria Theresa, when advocates of German plays and operas attempted to deflect the imperial government from supporting exclusively French and Italian theatrical performances. Morality continued to be a dominant aspect of Viennese operatic culture in the following decades, as critics, state officials, librettists, and composers (including Gluck, Mozart, and Beethoven) attempted to establish and define German national opera. Viennese concepts of operatic didacticism and national identity in theater further transformed in response to the crisis of Emperor Joseph II's reform movement, the revolutionary ideas spreading from France, and the war efforts in facing Napoleonic aggression. The imperial government promoted good morals in theatrical performances through the institution of theater censorship, and German-opera authors cultivated intensely didactic works (such as Die Zauberfloete and Fidelio) that eventually became the cornerstones for later developments of German culture.

Buy Morality and Viennese Opera in the Age of Mozart and Beethoven by Martin Nedbal from Australia's Online Independent Bookstore, BooksDirect. 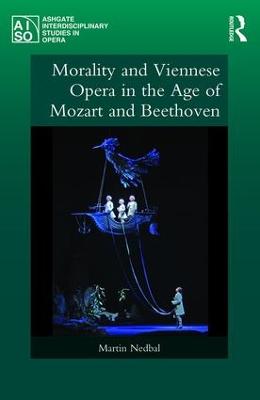 A Preview for this title is currently not available.
More Books By Martin Nedbal
View All