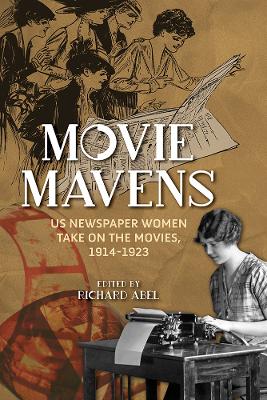 Description - Movie Mavens: US Newspaper Women Take On the Movies, 1914-1923 by Richard Abel

During the early era of cinema, moviegoers turned to women editors and writers for the latest on everyone's favorite stars, films, and filmmakers. Richard Abel returns these women to film history with an anthology of reviews, articles, and other works. Drawn from newspapers of the time, the selections show how columnists like Kitty Kelly, Mae Tinee, Louella Parsons, and Genevieve Harris wrote directly to female readers. They also profiled women working in jobs like scenario writer and film editor and noted the industry's willingness to hire women. Sharp wit and frank opinions entertained and informed a wide readership hungry for news about the movies but also about women on both sides of the camera. Abel supplements the texts with hard-to-find biographical information and provides context on the newspapers and silent-era movie industry as well as on the professionals and films highlighted by these writers. An invaluable collection of rare archival sources, Movie Mavens reveals women's essential contribution to the creation of American film culture.

Other Editions - Movie Mavens: US Newspaper Women Take On the Movies, 1914-1923 by Richard Abel A Preview for this title is currently not available.
More Books By Richard Abel
View All