Hitler's Dealer and His Secret Legacy

In February 2012, in a Munich flat belonging to the elderly recluse, Cornelius Gurlitt, German customs authorities seized an astonishing hoard of more than 1,200 paintings, drawings and prints. When Hildebrand Gurlitt's trove became public in November 2013, it caused a worldwide media sensation. Catherine Hickley has delved into archives and conducted dozens of interviews to uncover the story behind the headlines. Her book illuminates a dark period of German history, untangling a web of deceit and silence that has prevented the heirs of Jewish collectors from recovering art stolen from their families more than seven decades ago by the Nazis. Hickley recounts the shady history of the Gurlitt hoard and brings its story right up to date, as 21st-century politicians and lawyers puzzle over the inadequacies of a legal framework that to this day falls short in securing justice for the heirs of those robbed by the Nazis. Hickley is the world's leading journalist in the field of Nazi-looted art and a former arts and culture reporter for Bloomberg News. 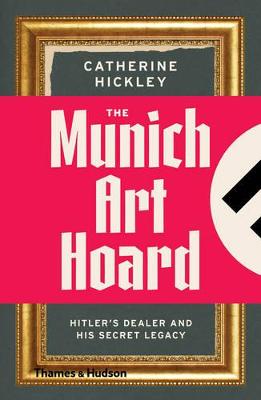 A Preview for this title is currently not available.
More Books By Catherine Hickley
View All