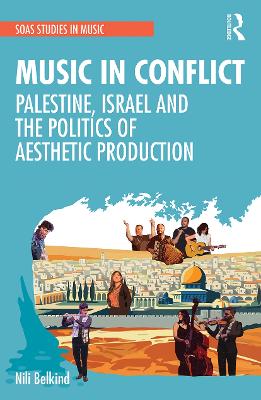 Music in Conflict: Palestine, Israel and the Politics of Aesthetic Production

Description - Music in Conflict: Palestine, Israel and the Politics of Aesthetic Production by Nili Belkind

Music in Conflict studies the complex relationship of musical culture to political life in Palestine-Israel, where conflict has both shaped and claimed the lives of Palestinians and Jews. In the context of the geography of violence that characterizes the conflict, borders and boundaries are material and social manifestations of the ways in which the production of knowledge is conditioned by political and structural violence. Ethical and aesthetic positions that shape artistic production in this context are informed by profound imbalances of power and contingent exposure to violence. Viewing expressive culture as a potent site for understanding these dynamics, the book examines the politics of sound to show how music-making reflects and forms identities, and in the process, shapes communities.

The ethnography is based on fieldwork conducted in Israel and the West Bank in 2011-2012 and other excursions since then. Author has "followed the conflict" by "following the music," from concert halls to demonstrations, mixed-city community centers to Palestinian refugee camp children's clubs, alternative urban scenes and even a checkpoint. In all the different contexts presented, the monograph is thematically and theoretically underpinned by the ways in which music is used to culturally assert or reterritorialize both spatial and social boundaries in a situation of conflict.

Other Editions - Music in Conflict: Palestine, Israel and the Politics of Aesthetic Production by Nili Belkind 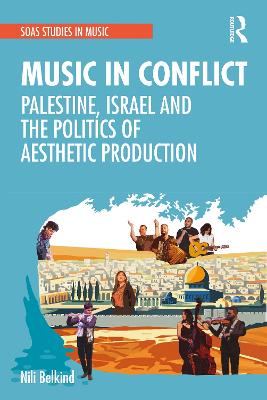 A Preview for this title is currently not available.
More Books By Nili Belkind
View All