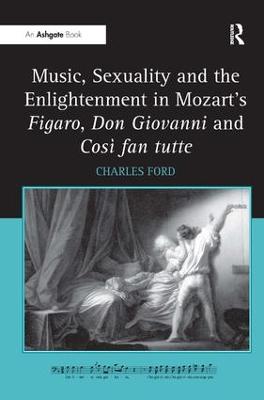 Music, Sexuality and the Enlightenment explains how Mozart's music for Le nozze di Figaro, Don Giovanni and CosA fan tutte 'sounds' the intentions of Da Ponte's characters and their relationships with one another. Mozart, by way of the infinitely generative and beautiful logic of the sonata principle, did not merely interpret Da Ponte's characterizations but lent them temporal, musical forms. Charles Ford's analytic interpretation of these musical forms concerns processes and structures in detail and at medium- to long-term levels. He addresses the music of a wide range of arias and ensembles, and develops original ways to interpret the two largely overlooked operatic genres of secco recitative and finales. Moreover, Ford presents a new method by which to relate musical details directly to philosophical concepts, and thereby, the music of the operas to the inwardly contradictory thinking of the European Enlightenment. This involves close readings of late eighteenth-century understandings of 'man' and nature, self and other, morality and transgression, and gendered identities and sexuality, with particular reference to contemporary writers, especially Goethe, Kant, Laclos, Rousseau, Sade, Schiller, Sterne and Wollstonecraft. The concluding discussion of the implied futures of the operas argues that their divided sexualities, which are those of the Enlightenment as a whole, have come to form our own unquestioned assumptions about gender differences and sexuality. This, along with the elegant and eloquent precision of Mozart's music, is why Figaro, Giovanni and CosA still maintain their vital immediacy for audiences today.

Other Editions - Music, Sexuality and the Enlightenment in Mozart's Figaro, Don Giovanni and Cosi Fan Tutte by Charles Ford 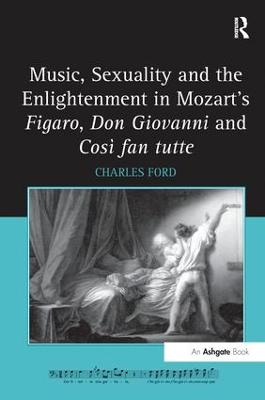 A Preview for this title is currently not available.
More Books By Charles Ford
View All