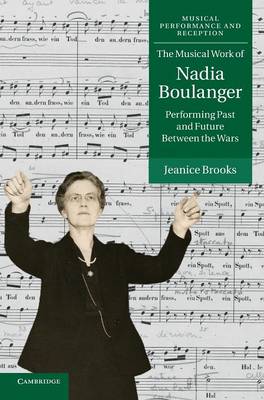 The Musical Work of Nadia Boulanger

Performing Past and Future between the Wars

Description - The Musical Work of Nadia Boulanger by Jeanice Brooks

Nadia Boulanger - composer, critic, impresario and the most famous composition teacher of the twentieth century - was also a performer of international repute. Her concerts and recordings with her vocal ensemble introduced audiences on both sides of the Atlantic to unfamiliar historical works and new compositions. This book considers how gender shaped the possibilities that marked Boulanger's performing career, tracing her meteoric rise as a conductor in the 1930s to origins in the classroom and the salon. Brooks investigates Boulanger's promotion of structurally motivated performance styles, showing how her ideas on performance of historical repertory and new music relate to her teaching of music analysis and music history. The book explores the way in which Boulanger's musical practice relied upon her understanding of the historically transcendent masterwork, in which musical form and meaning are ideally joined, and shows how her ideas relate to broader currents in French aesthetics and culture.

Other Editions - The Musical Work of Nadia Boulanger by Jeanice Brooks 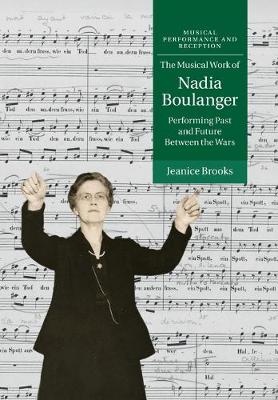 A Preview for this title is currently not available.
More Books By Jeanice Brooks
View All