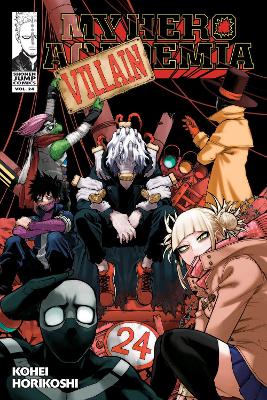 A new player emerges in the underground world of villains in the form of the Meta Liberation Army. Led by the CEO of the Detnerat Corporation, the MLA is preparing for a new metahuman revolution. In their eyes, the League of Villains is an obstacle to be removed, but Tomura and his band of miscreants aren't about to go down quietly. It's army versus league in all-out war, and dominance must be established.